This is another beer from the White Pony brewery – a young Italian gypsy brewer who brews many of his beers in some of Belgium’s microbreweries.

He has a passion for high gravity beers, many in the Belgian style.  This beer is described as a Belgian-style Barley Wine.  A beer that crosses the divide between a traditional English-style barley wine and a Belgian quadrupel.

The beer has a dark brown body, with aromas of boozy raisins and toffee.  This carries through into the flavour.  An initial sweet caramel malt hit with roasty hints and dried red stone fruits.  There is a spicy characteristic to the Trappist yeast, and a stronger hop bitterness than is normal for either a barley wine or quadrupel.

For a big beer, it is amazingly dry, and finishes with the little spicy prickle.

It tends more toward being a barley wine, as it doesn’t quite have the depth of body that a Belgian quad does.  Either way, it is an enjoyable and interesting beer. 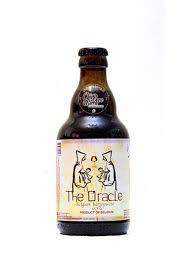