We have featured many beers from old family breweries over the years, but Brouwerij Roman claims to be the oldest of Belgiums traditional family breweries.  With a history dating back to 1545, it is now under the stewardship of the 14thgeneration of the family.

It is always interesting to see such an established, traditional brewery moving with the changing tastes and demands of the worlds beer lovers.  Back in 2016, Roman produced its first version of this Winter Wood beer, and it sold out in 2 weeks.

So we were quick to claim some of this 2018 version to feature in our beer packs.  This beer uses old whiskey barrels to impart the barrel aged character to this strong dark ale.

Lots of dark malts, caramel, dried fruits, a little earthy spice with the wood notes and a gentle alcohol warmth.  Its like a big Belgian dubbel with the oak and whiskey character added. 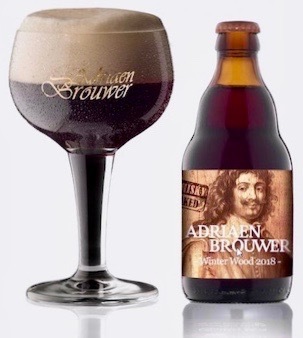