The brewery is in the village of Bovigny, nestled deep in the Belgian Ardennes, down toward the border with Luxembourg.

The brewery unofficially started in 2004, providing the local village pub with locally produced beer (as is the case all over Belgium).   It wasn’t until 2007 that the brewery formalised its arrangements and began packaging its beers for wider sale.

The name ‘Lupulus’, and the label imagery of the wolf, is recognition of the wolf packs that used to roam the Ardennes.  The latin name for hops – Humulus Lupulus – literally translates as ‘small humble wolf’.

The beer is a slightly hoppier than normal Belgian Pale Ale.  And easy drinking beer with a nice balance of malt sweetness and hop bitterness.

See all of the April 2016 monthly six pack 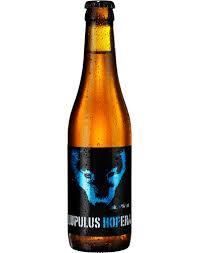