Brasserie Jandrain-Jandrenouille is a small brewery that occupies a centuries-old farm building near the Belgian town of Jauche, to the south west of Brussels.

The brewery commenced operations in 2007, and has always aimed to make trraditional beers with a mind to being socially and environmentally responsible.  They either produce their own ingredients or source them from local producers.

Made from the four basic ingredients of beer (malt, hops, yeast and water), this beer is unpasteurised, unfiltered and bottle conditioned.

A crisp body is aided by the use of wheat malt, giving a pleasant biscuity backbone.  The yeast adds a little banana and vanilla to the aroma, which is predominantly fruity with the Simcoe hops responsible for the grapefruit and orange character.

It is smooth in the mouthfeel, and finishes reasonably dry with a lingering bittersweet aftertaste. 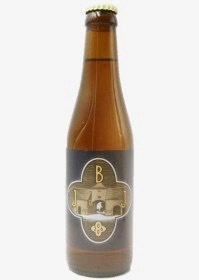