If you were to plan a flight of Belgian beers, you would likely open with a Belgian Witbier (as they are known in the Flemish dialect – they are called Biere Blanche in the French half of Belgium).

Quintessentially Belgian, this is a style that nearly disappeared by the 1960’s when clear lager beers were preferred over the cloudy white beers.  It was thanks to Pierre Celis’s creation Hoegaarden that this style regained the affections of beer drinkers.

The aroma has lots of orange and lemon citrus, with the characteristic coriander joining in.  This follows through in the flavour, with the citrus dominant up front.

A crisp wheat body and a little prickly hop note make for a light, refreshing beer.  Slightly sweet in the middle, it finishes quite dry with a prickly hop bitterness.

This is one of the few times you want to drink your beer quite cold.  It is a great thirst quencher on a warm summer afternoon. 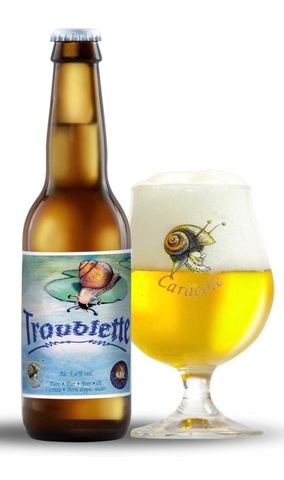