Brasserie De La Senne is known for producing lower ABV (at least for a Belgian brewery), with a tendancy to use a good dose of old school hops.  And this beer fits that description to a tee.

Described by the brewery as a craft lager, it is unfiltered and unpasteurised, meaning it is slightly hazy (it’s not a NEIPA - settle down all you hazy bois!) and very tasty.

This was a style brewer Yvan De Baets was longing to brew for quite some time, but it was only after the brewery expansion that he finally realised that aim.  He describes this beer as the hardest to brew, given any imperfection will stand out in the taste.  As he says, ‘the beer is totally naked!’

He needn’t have worried, as this beer is delicious.  Stylistically, it is an old style unfiltered Pilsner, using noble hops from Germany.  A nice grainy malt body with some early sweetness, somewhat grassy and herbal with a little more bitterness than maybe is traditional, but we’d expect that from De La Senne.  And it adds to the drinkability.

See all of the September 2020 monthly six pack 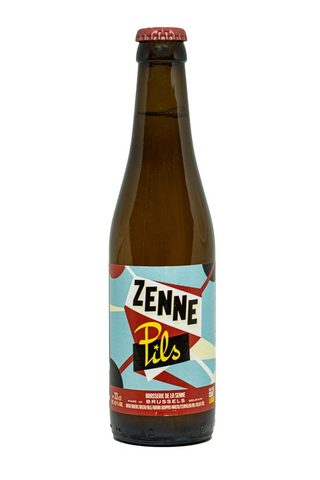