For fans of Brussels ‘second brewery’ – Brasserie De La Senne – we have become used to their beers being generously hopped, often quite bitter and usually in the lower range of ABV (at least for a Belgian brewery).  This limited quantity beer is something of a surprise in terms of style, but a really interesting and tasty beer.

This beer is described as being a mixed fermentation ale.  That means that the beer has been fermented using a combination of regular brewers yeast and some other less conventional yeasts and/or microbes (eg. wild Brettanomyces, Lactobacillus, Pediococcus, etc).

Morpheus yeast from Alvinne is a great example of this.

In this case, the beer is brewed with a normal yeast then placed into oak barrels for a year, where it is exposed to Brettanomyces and other goodies in the barrel.

The result is a slightly acidic, slightly funky and quite woods character to the beer.  There is some fruit sweetness, and a bit of a tart note like dark cherries.  A lot to explore in the flavour and even texture of this beer, it may be a little challenging for those that don’t enjoy ‘sour’ beers.  But persist and you may be rewarded with a greater appreciation in the end.

See all of the November 2019 monthly six pack 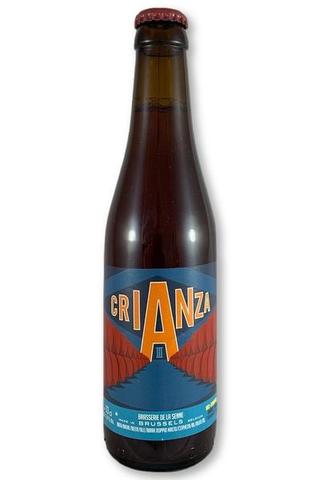