This is the third beer in the Duchesse series, though we can think of it as the second in the process.  Verhaeghe took the original Duchesse de Bourgogne and aged it on 20kgs of whole sour cherries from Limburg per 100 litres of beer.

Does that then make this beer a kriek?  It probably does, and interestingly this beer is moving into the space previously occupied by Verhaeghe’s Echt Kriekenbier.

The idea is to leverage off the Duchesse name, as it is the most successful label for the brewery.  Particularly in the US, the original Duchesse is a very sought after beer.

It pours a lovely deep red colour, and straight away you can smell the cherries along with the balsamic notes of the base beer.  Early on there is a real fruity sweetness, but this quickly gives way to the sour nature of the beer.

The cherries add a tartness that lifts and sharpens the palate compared to the original Duchesse, slowly fading into the pleasantly lingering finish. 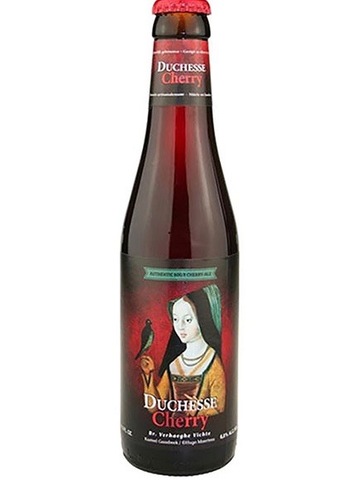