Time to introduce a new Belgian brewery to our beer club.  Nanobrasserie de L’Ermitage (The Hermit) was set up by three college mates.  Starting out as gypsy brewers, they found a home in Brussels just a stone’s throw from Cantillon, and opened their doors in October 2017.

This beer is a collaboration with Dutch brewery Frontaal, and while we are yet to source beer directly from that brewery, they have featured in collaborations before.

The beer is a west coast double IPA, a very atypical beer for a small Belgian brewery to produce.  But we do see more of these types of beers being produced, as the Belgian beer drinking public shows their desire for the hoppy beers from across The Atlantic.

It pours a slightly murky orange colour with a brownish tint.  Not the finest looking beer if I’m honest.  It does have the requisite tropical fruit aroma thanks to the hop choice of Simcoe, Citra and Chinook (in cryo form).

A grainy malt body carries the hop bitterness well, with the slightly more noble hop earthy character coming through in the taste.  Dry with a lasting bitterness on the finish, this one grew on me with each sip.

See all of the March 2021 monthly six pack 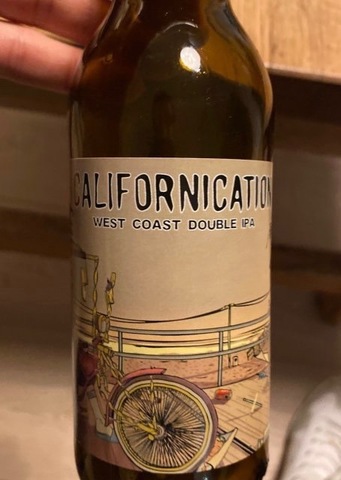