This beer is a collaboration between Stewart Brewing (UK) and De Molen.  We obviously got this through De Molen, though Stewart Brewing get the major label credit for this beer.

They are a brewery based in Edinburgh, Scotland, and have been doing their thing since 2004.  I always enjoy the collaborations; its like our brewers introducing us to new breweries we may not otherwise have ever noticed!

Bottled November 2016, the beer is described on the label as a Belgian Double IPA.  I’m happy with the Double IPA descriptor, though don’t get too much of the Belgian characteristic.

The tropical fruit aroma punches your nostrils as soon as you remove the bottle cap.  It has a thick, rich caramel malt body, with the lovely doses of tropical fruit sweetness mixed in.  Think mango, pineapple, peach and grapefruit.

It is very fruity, with just enough hop bitterness to ensure the sweetness isn’t overwhelming.  Despite the fruitiness, the hops are bitter and earthy.  More an English style hopping than Belgian, but sup tasty nonetheless. 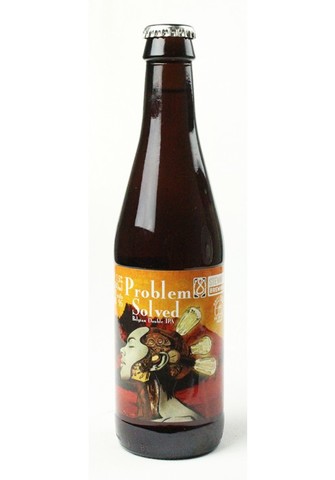