This is a beer that was originally a collaboration between Belgian rockstar brewers De Struise and the Hoppy People brewery from Switzerland.  A batch of the beer was brewed in each brewery, and then left at that brewery to mature for 12 months in the respective barrels, the point of interest being how altitude affected the barrel aging impact on the beer.

We now have the 2020 version that was brewed at Struise and aged 12 months in Bordeaux French Oak barrels that previously held Swiss red wine.

Its is a barley wine (or some call this a blond quadrupel), weighing in at a very serious 12% ABV.  Definitely a beer to sip and savour this one!

A bit of a malt bomb at the start, sweet caramel, brown sugar, dried plums and raisins, quickly balanced out by some hop bitterness and character from the red wine barrel that breaks through that malt sweetness.

Time is always a friend to these beers, and we’ve had this for nearly a year now which has helped tame the alcohol warmth as well.  You can’t exactly call a 12% monster smooth, but it is probably fair to say this now drinks easier than it should for a beer of that strength.

Allow it to warm and you will really get to experience all those fruity, malty flavours, then sit back and enjoy the warming lingering finish.

See all of the September 2021 monthly six pack 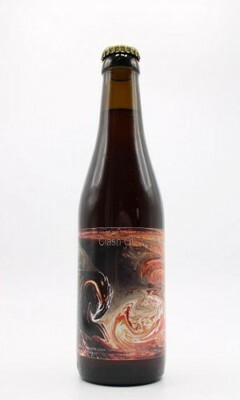