To say we’ve been sitting on this beer for a while is an understatement.  Honestly, I can’t remember when it was that we bought this first (we’ve bought the same vintage in twice), but I’d say 2017 is a good bet.

Don’t panic though, there isn’t much that will harm this beer; even a few years.

It was first brewed as a collaboration between the Struise boys (Urbain & Carlo), and brewmaster Ryohie Sugawara from Japanese brewery Rio Brewing Co, but has been redone a few times now.  This beer is the 2012 vintage.

The beer started its life as a dark blond quadrupel, which was then put into Tour Baladoz St Emilion oak barrels then transferred to Kentucky Bourbon barrels.  In total this beer was aged for 4 years!

It is lush, and rich and oh so delicious.  A reasonably heavy body holds a sweet malt backbone, with more than a hint of barrel wood and the sweet bourbon and vanilla notes.  The taste just lasts, and is so easy to enjoy.  Struise are the Belgian masters of barrel aging dark beers.

See all of the September 2020 monthly six pack 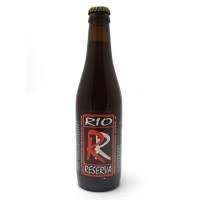