For the past few years, the Alvinne Brewery has been known for their amazing range of sour and barrel-aged beers.  They attribute much of their success to their in-house Morpheus yeast.

Yeast is the treasure of most breweries, with the traditional breweries cultivating their house yeast over decades.  It is very uncommon for a new small brewery to have their own yeast.

Without getting too technical, Morpheus yeast can be used to brew both traditional fermenation ales, and also mixed fermentation for sour beers.  And this at high alcohol volumes as well.  It is pretty amazing.

Land Van Mortagne is a traditional quadruple style.  The beer is full of dried stone fruits, caramel, brown sugar and a touch of chocolate.  There is a little sour cherry tartness, as well as a little spicy hop bite.

A really enjoyable beer, and one which highlights the flexibility of the very special Morpheus yeast.

See all of the January 2016 monthly six pack 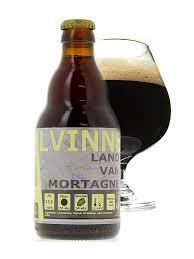