The mere sight of an Alvinne bottle induces an eye squint from some of our members, I know.  But hang on a minute, because this beer is a little different to the average Alvinne offering.

Land Van Mortagne is described as a Belgian Quadrupel, although I’d suggest it blurs the line between quad and barley wine.  And while it contains Alvinne’s Morpehus yeast, is it an example of the adaptability of this house yeast that this really isn’t a sour beer at all.

A big, rich aroma of caramel malt, raisins, figs, brown sugar and more greets us on the pour.  And there is only the slightest sour note hidden well in the background.

These aromas follow through into the flavour.  It is a malt bomb, as you’d expect.  Again with caramel, dark dried fruits especially raisins, dates, a sugary sweetness but not really in a cloying; maybe thanks to that sour hint.  The alcohol is there for a very warming aftertaste.

This beer acts as a base for a few of Alvinne’s more challenging beers, like the Cuvee de Mortagne Sauternes BA and the PX barrel aged version – a 16% monster that is way too easy to enjoy.  Speaking of which, we have a carton of these in the cool room that have been there for several years, will make some available on the website in the new year!

See all of the December 2020 monthly six pack 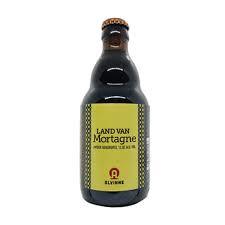