Our first UK brewery is one that is close to our hearts.  The Redchurch Brewery resides in a railway arch, near Bethnal Green Station in the heart of London’s East End.

Having lived in Bethnal Green for several years, we know this area well.

Unfortunately for us Redchurch only started in 2011 – we left in 2009.  The affinity remained and a visit to the tap room on a return trip to London confirmed what we’d been told – they make great beer!

Their small core range consists of Pale Ales, an IPA and a couple of stouts.  They are also getting into both sour and wild ales, producing some great experimental brews on occasion.

The first beer to share has to be the Bethnal Pale Ale.  An American style Pale Ale with English malts and American hops.  It has a bold fruity aroma from all the late addition and dry-hopping.

Peach and grapefruit plus a little caramel malt provide a sweetness, which is balanced by citric and grassy hop bitterness.  The finish is long, dry and refreshingly bitter.

See all of the May 2016 monthly six pack 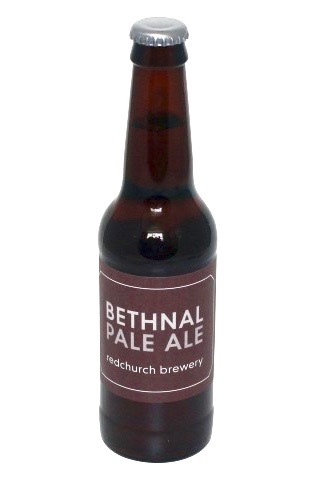