This beer is part of Redchurch’s ‘Wild Series’, an evolving range of beers brewed with wild yeasts, mixed and bacterial fermentation and wild and foraged ingredients.

It is a program we are very much looking forward to, and if you think they aren’t serious consider this.  They’ve just finished building a brand new production brewery on the outskirts of London, which will leave the original brewery in London’s East End as a full experimentation brewery.  That’s pretty exciting news indeed.

This beer was the first in their Wild Series, and is their take on a Berliner Weisse.  Traditionally a low ABV beer of about 3%, it is basically a white, lightly sour beer with its origins in Northern Germany dating back to the 16th-Century.

In a nutshell, a perfectly refreshing little beer, ideal for the warmer days, or an aperitif at night.

And that’s pretty much what we’ve got here from Redchurch.  It’s a little higher in alcohol, with a definite citrus hint in the flavour.  Only lightly sour, this is a perfect introduction to those not yet a fan of sours, while it holds just enough intrigue for those who are. 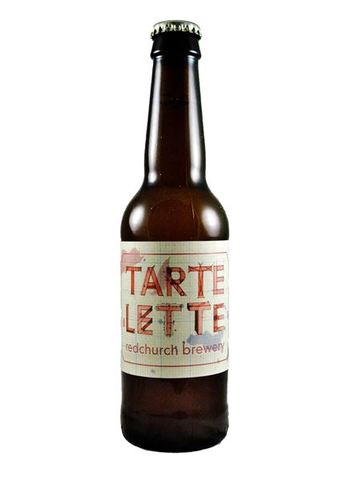