BBP began commercial operation as a gypsy brewer, making their first beers at Brouwerij Anders.  They decided to brew four variants of a Belgian IPA, and put it to a democratic vote for the Brussels locals to choose their favourite.

Challenger, Smaragd (new one for me!) and Citra hops provide notes of lychee and passionfruit, backed by a medium malt body and finished with a Belgian saison yeast for a little funk and a very dry, moderately bitter finish.

In 2015 they opened a small brewery and bar in Brussels, just off the main square.  But this was just for experimentation and small batches – they continued to brew their production beers at Anders.  Plans are underway that by 2020 BBP will open a new 35,000 litre brew house on the Brussels canal and bring all their beers back to be brewed in their new home. 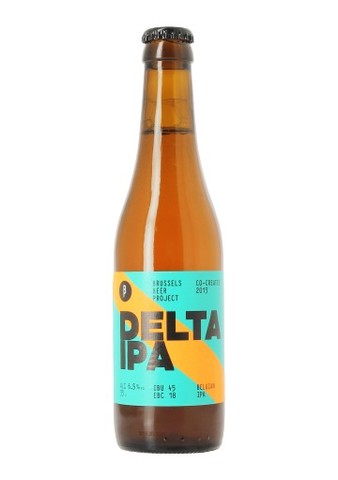