Troubadour was the first brewery we ever imported, and the Magma was one of our favourite beers.  It is fair to say it had something of a cult following in our local area in those early days.

It remains the brewery’s highest profile beer, and each year they produce a variant of Magma.  Over the years they have altered the hops, the malt even the yeast (the 2015 Triple Spiked Brett was my personal favourite).

For 2019 they dialled back the level of ingredients to make a more sessionable beer of 6.5%, and added two extra hops to the dry-hopping regime.  Nelson Sauvin and El Dorado hops add the tropical twist.

The aroma is fruity, though maybe not as tropical as I was expecting given the name.  Also a Belgian yeast character on the nose.

The flavour is again maybe not as invitingly fruity as imagined.  The malt body is crisp, with good carbonation lifting the mouthfeel.  It is light with a sustained bitterness.  There is some tropical fruit flavour but it is quite subdued with the beer finishing dry and bitter.

See all of the February 2020 monthly six pack 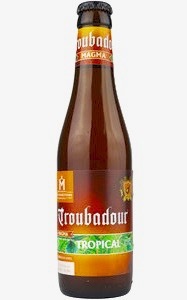