More known for their sour beers, Alvinne also produces a few beer they list simply under ‘ales’.  Although I don’t know that you can categorise a three-grain two-hop 12% monster like this as a simple ale.

Often Alvinne’s purpose of these simple ales is to act as a base for adding fruit or barrel aging.  Or more often than not both!  Let’s call the Pays d’Erpigny a cross between a barley wine and an ABT.  It pours pretty still without any agitation, though a more vigorous pour will encourage a little fluffy white head.

The body is thick and malty as you’d expect.  The Morpheus yeast is there, though not so prominent thanks to the heavy caramel malt body which gives hints of sweet tropical fruits, like ripe mango.

The alcohol provides a decent kick, though as you progress the beer dries out a lot and finishes with quite a spicy bitterness to compliment the alcohol warmth.

This base beer was put into French Sauternes barrels for 8 months to create the Cuvee d’Erpigny Sauternes – a 12.2% slightly sour-but-sweet delicacy.  We’ll make some of these available on the ‘Extra Beers’ section of the website. 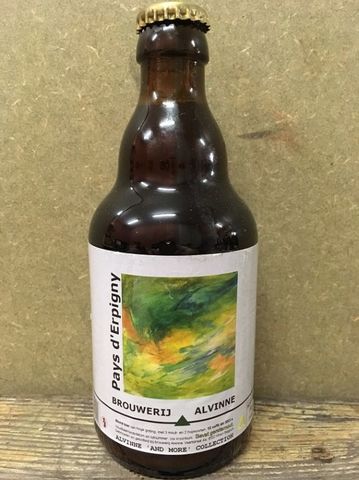