The newest member of the authentic beer-producing Trappist Monasteries is the Stift Engellszell Trappist Monastery in Austria.  Gregorius is their traditional Trappist quadrupel.It looks like a big dark Trappist - a dark mahogany body with a solid beige head which dissipates slowly.  The nose is a full and complex combination of rich bready malts, caramel, toffee, dried fruits and some light spicing.  And honey - there is a definite sweetness from the honey.

The flavour presents immediately sweet from the honey, which is then balanced against the roasted malts, spicy yeast and a little tartness in the background.  While the beer is sweet, the finish still dries out nicely, and the alcohol is really well covered.  A smooth, full flavoured, warming ale.It gives the impression that it will age well for some time to come.  A great beer to try now, or put away if you have the self control!

Trappist Monasteries : for those who aren't familiar, the Trappist Monasteries generally represent the pinnacle of brewing in Belgium.  These religious orders are full working monasteries, who brew beer to generate income for the monastery and facilitate their charitable activities.  There are only 6 Trappist Monasteries in Belgium (Chimay, Westmalle, Rochefort, Orval, Achel and Westvleteren), the De Koningshoeven brewery in The Netherlands which produces La Trappe beers, and now Staft Engellszell is Austria which was admitted to the International Trappist Association in October 2012. 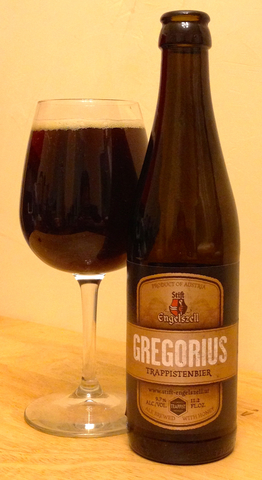