Here we have a French brewery presenting their interpretation of a largely US beer style, which itself is an Americanised version of a cross between a Belgian and a German beer style.  Sounds quite confusing!

La Debauche’s Lindy Hop is based on an American Wheat Ale.  And this style is probably best described as being something between a Belgian Witbier and a German Hefeweizen.

It has the crisp wheat body of the Belgian Wit, but is a little darker in colour, slightly heavier in mouthfeel and with an ABV more akin to the German wheat beer.  The yeast character has a more subdued citrus and peppery nature with none of the bubblegum, banana or coriander signatures of the Belgian or German varieties.

And to make it more Americanised there is more hopping with the US fruity and aromatic hop varieties Cascade, Amarillo, Columbus and Summit.

It all comes together as an easy-drinking, refreshing summer beer style.  A little fruity sweetness early, lemon citrus being prominent. Then a solid hop bitterness with a slightly spicy, peppery note and a lingering bitter finish.

See all of the November 2018 monthly six pack 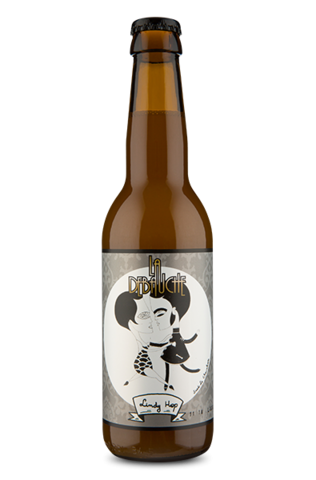