Here’s another beer from White Pony that is a little hard to place in a style basket.  Put for the purpose of format, we’ll call it an hoppy wheat ale.   (And in typical White Pony style, it’s a double strength version).

This beer is made with two different wheat malts, and lots of US ‘C’-hops in the form of Columbus, Cascade and Centennial.

The pour reveals a slightly hazy golden body, with an interesting aroma of bready malt mixed with orange and lemon citrus and a grassy herbal note.

Even with the use of wheat malt, there is a reasonable heavy malt body to this beer that initially seems to be the dominant feature.  But a few more sips and the hops seem to assert themselves more.

The beer finishes with quite a solid lingering bitterness, and that earthy, herbal note more common with English IPA’s. 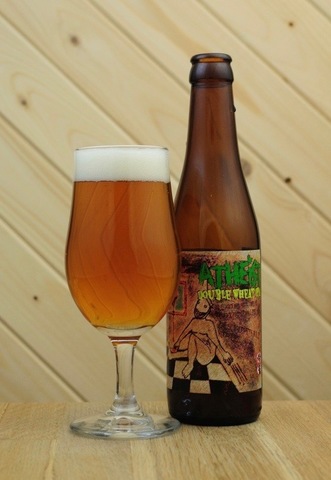