We’ve gone from one extreme to the other with the Lupulus beers, having had the Hibernatus winter beer back in the March pack, we now present the pilsner.

A pilsner is a type of pale lager which was introduced to the beer world by German brewer Josef Groll in the town of Pilsen (Plzeń) in the Czech Republic.  The ubiquitous Pilsner Urquell was the world’s first pale lager, and it is still being produced today.

Pilsners are a simple beer in terms of ingredients, but a true test of the brewers skill given there really is nowhere to hide any faults.

I found this a tasty and enjoyable beer.   Unfiltered and not pasteurised, it pours a slightly cloudy straw colour.

Characterised by a clean, crisp mouthfeel the grainy malt base shares the stage with the herbal, earthy hop bitterness.

The key to a good pilsner is the balance of these attributes, and I think this beer does a good job of that task. 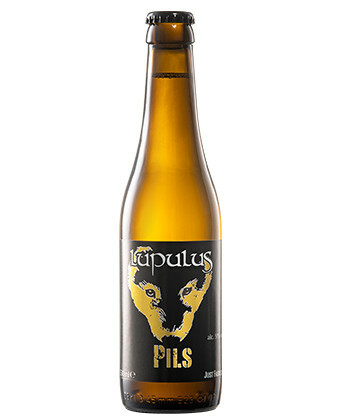