This is the first beer we’ve had from Brouwerij Contreras, and it is the most recent beer coming into their range in 2008.

The beer pours a golden orange colour, capped by a tenacious white head.  A soft fruity aroma is present, along with some gentle spices and yeast notes.

Flavours open with the tropical fruits hinted at in the aroma, which provide a rich sweetness early on.  They are joined mid-palette by layers of earthy and grassy hop bitterness, which carries through to a pleasant lingering finish.

About the beer:  in 2007 a special beer was brewed to celebrate the passage of The Tour De Flanders through the village of Gavere, the home of Brouwerij Contreras.  The beer was originally called ‘El Toro’ being the nickname of one of Belgium’s champion cyclists competing in the race. 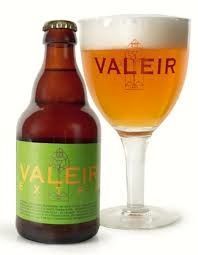