Most beer drinkers will know Hoegaarden’s famous witbier.  You may even have enjoyed a few when international beers were a novelty.  Since then it has suffered a decline in prestige.

So it may seem a little strange to include a Hoegaarden beer in our range.  But regardless of its heritage, if it is a good beer, it is worth including.  Belgian breweries use the label ‘Grand Cru’ for their best beer.  And it is hard to argue that this label has been misapplied to this beer.

It is a little hard to classify under an established beer style.  I would tend to call this beer a tripel, though the general consensus is a strong pale ale.

Whatever box it fits into, the hero of the beer is the yeast character.  The aroma is full of Belgian yeast notes – loads of banana, vanilla and spice.

The beer is at first sweet, with citrus and tropical fruit and sweet bready malt.  Banana, vanilla and clove are prominent, and then some hop bitterness and a peppery spice kick in.  A crisp and dry finish to this beer hides the high alcohol content really well.  It’s a bit like a supercharged Hoegaarden witbier. 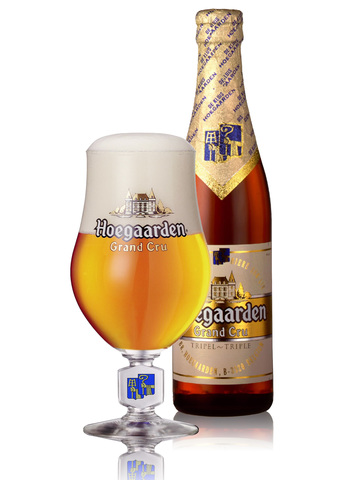