The Speciale Belge style beers are gaining in popularity in Belgium’s domestic market.  They represent the first real step up (in flavour) from the sessionable pilsners that dominate the beer market.

Probably the best known example of this style is the traditional De Koninck ‘bolleke’ beer, which is affectionately known as the beer of Antwerp.

But more of Belgium’s brewers are turning to this style as an addition to their portfolio, and it is easy to see why.

A moderate alcohol content firmly places these beers into the ‘sessionable’ category.  And with a lovely balance of biscuity malt and hop bitterness, they are flavoursome and very drinkable.

And that’s what we have with this beer from De Ranke.  Definitely a biscuity malt backbone from those pale malts, and then a very well balanced hop bitterness.  Only whole Fuggles hop cones are used, having that classic European grassy, floral hop character that lingers in the aftertaste, inviting another taste. 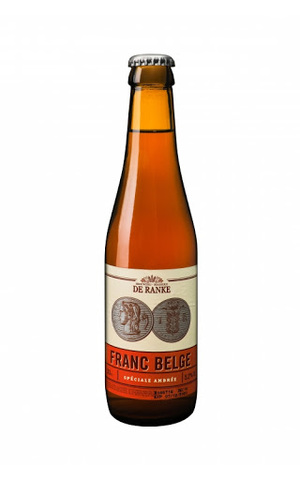