A couple of months back, we had the Siphon Brewing Krypton, which a lot of people enjoyed.  And as with that beer, this beer is a collaboration with a couple of local brewers.  Most are familiar with Kaapse Brouwers from Rotterdam in The Netherlands, but only our oldest beer members may remember Brouwerij De Ryck.

This beer style is a bit old school, but finding something of a resurgence in the Belgian beer market.  It kind of fills the space between traditional pils and the more flavoursome Belgian ales.  The De Koninck we had recently is a great example of this style.

Amber in colour, this beer celebrates the malty goodness of a traditional Speciale Belge.  But this beer has been hopped a lot more than normal.  Citra, Simcoe and Mandarina Bavaria hops have been added late as well as for dry hopping.  They add a lovely bitterness to the taste, plus a marmalade and fruit character. 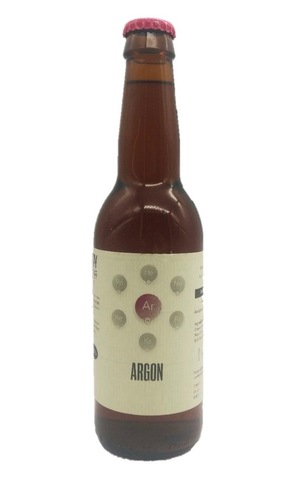