Strap yourself in for this beer from La Debauche.  I’m putting on the hard hat waiting for some of the feedback!

This is a fruited gose, so here is the customary sour beer warning for those that haven’t yet found favour with the ‘mouth’puckerers’.

A gose is a beer style from the town of Goslar in Germany.  Wheat accounts for at least 50% of the grain bill, and the flavour profile is citrus and salt.  It may not immediately sound that appealing, but find a sunny beer garden on a warm afternoon, and these beers are just the trick.

As has been the trend for a few years now, most gose’s we see are fruited – its now quite uncommon to see a standard gose.  This one from La Debauche has cucumber and key lime.

The aroma reminds me of dill pickles, with the citrus laying in behind.  And the flavour pretty much follows suit.   Heavy on the cucumber with the salty citrus in the background.  Super refreshing (but surely divisive!)

See all of the April 2021 monthly six pack 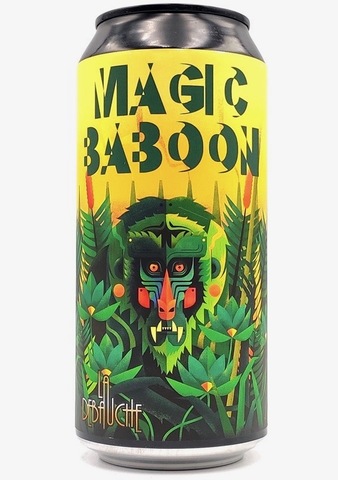