Two of our existing brewers recommended Emelisse to us early in 2013.  Quietly doing their thing in a beautiful brewpub on an island in the south-western region of The Netherlands since 2005, the story was completed when head brewer Kees Bubberman signed on in 2007.

Kees (formerly a chef) was a home brewer of great renown.  Rumour has it that for a period of two-and-a-half years, Kees won every competition into which he entered a beer.  The running joke was that if Kees entered, everyone else was competing for second place.

Given the opportunity to showcase his brewiing talents on a commercial scale, he helped Emelisse develop a reputation for producing consistently amazing beers, in a wide array of beer styles.

We first visited the brewery in October 2013.  Sitting down with co-owner Tom ter Horst, we made our way through 8 of the beers in the Emelisse range.  Starting with their Witbier, moving three several different IPAs. up to the Imperial Russian Stout - all were fantastically flavoursome, interesting and perfectly balanced.  For a night cap, Tom shared a couple of the White Label series beers, which really are something to look out for.  Needless to say, we were fans.

The brewing magic at Emelisse is achieved on a 1000L system, with double brew days the norm, to fill the 2000L fermenters under the brewpub/restaurant.  The brewing as an annual production of around 2000 hectolitres.  We wish it were more! 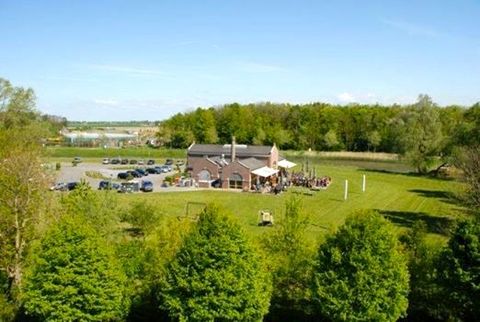