The shape of this bottle may be enough of a give away, but for those not familiar with our Alvinne beers, this is your SOUR BEER ALERT!

Phi is one of the base sours (Omega, Phi and Sigma) that are used to produce so many of the creations we receive from Alvinne.  Most notably Phi is the base for the Cuvee Sofie series of beers.

It is a good introduction (gentle) introduction to the Alvinne sour range.  There is a nice balance of the flavour elements here.  I solid malt backbone gives a certain early sweetness.  Indeed the body is maybe a little heavier in mouthfeel that you might expect for a normal sour, though 40% wheat in the malt bill does sharpen things up.

The acidity is there, quickly taking front sweet to that early malt sweetness.  It doesn’t completely overpower though, and that crazy Morpheus yeast gives off a little funkiness as well as the sour notes.

Crisp, refreshing and moreish, enjoy your Alvinne sour.  We will put a couple of other Alvinne beers up on the ‘Extra Beers’ page for next month; for those that are feeling more adventurous!

See all of the October 2019 monthly six pack 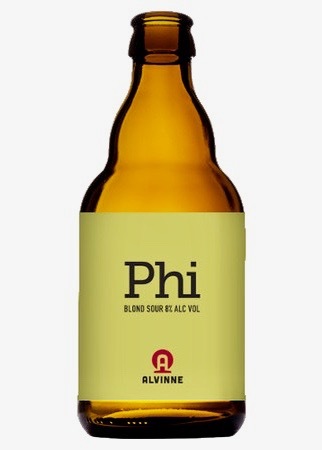