Bouwerij Malheur  (previously known as Brouwerij De Landtsheer) is one of the most criminally under-rated breweries in Belgium.  They are probably best known for having the ‘other’ champagne beers – Deus by Bosteels being the style leader.  And all the more ironic given the breweries are only 5kms apart.

While not exactly obscure, you don’t find the Malheur beers often in the average beer cafes in Belgium, but when you do find them they never disappoint.

This beer is a Strong Golden Ale, a style that is something of a catch-all for beers that don’t fit the style of Belgian Blond or Tripel, with the best known being Duvel.

There is a lovely balance to this beer, with the bready malt and fruit sweetness being offset by a firm hop bitterness.  The taste of citrus, pear and then banana from the Belgian yeast merge with a floral, spicy yeast character.  The beer is drier than a blond or tripel, with fine carbonation that lifts the mouthfeel.  It finishes with a lingering spicy bitterness and just a touch of alcohol warmth to remind you to slow down and enjoy this beer. 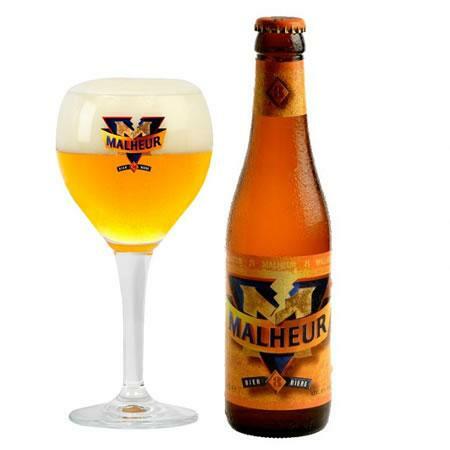