With the religious ethos encouraging monks to earn their living by the work of their hands, they turned to a new venture when they realised that their traditional activity of dairy farming was becoming uncommercial to continue.  Brewing fitted the requirements, and after some time learning and testing, they officially launched their beer on 25th June 2018.

They make one beer only – this delicious English Strong Ale of 7.4%.  It uses only English barley and hops, and is fermented with an English yeast strain.

A rich dark amber ale is the result.  Notes of chocolate, dark dried fruits and caramel.  It has a welcoming sweetness with the chocolate and caramel malt body, and those dark dried stone flavours like figs and raisins.  There is an earthiness to the beer as well as a little peppery spice that kicks in as the beer dries out on the somewhat bitter finish.

See all of the February 2021 monthly six pack 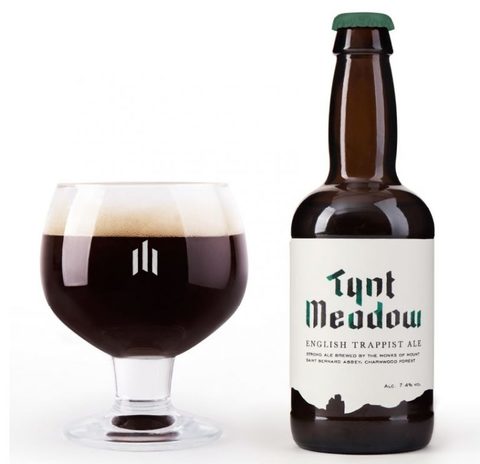