If you draw a line vertically down between Bruges and Ghent, that is basically the border between East and West Flanders.  And roughly on that line, down toward the French border is Brouwerij Verhaeghe. It has been there since 1875!

No surprise then that they produce what Belgium calls typical Flanders Ales – malty base beers of mixed fermentation, soured in barrels, often with real fruits added.  And that is what this beer is – a Flemish Kriek.

It starts life as a normal reddish brown ale which is then moved into oak barrels for a long maturation (between 1-2 years).

Around July each year, the northern cherries are harvested from the area around Sint-Truiden.  Around 150g of these fresh cherries per litre of beer are then laid on the base beer.  When maturation in the barrels is deemed done, barrels of various age are blended to ensure a consistency of flavour from batch to batch.

Sweet up front, there is dark fruits and malt, giving in to a slightly sour tartness that rolls over the back of the tongue with that cherry bite and a hint of vanilla from the oak and a very pleasant acidity.

See all of the April 2020 monthly six pack 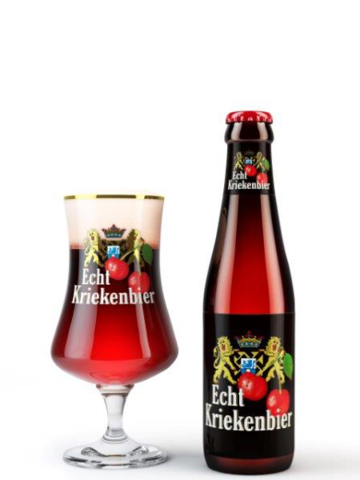