Our container is late (thanks to Corona!) and we had a spot in this 6-pack to fill.  Why not help one of our local brewers who has seen his business seriously affected by the closure of our hospitality venues.

Stuart Duff (aka The Dusty Miner) has his small brewery in Aberglasslyn, near Maitland in the Hunter Valley.  He is the definition of a craft brewer, punching out his range of beers from the small 300 litre nano brewing system.  He spent Mother’s Day bottling his beers (not sure if his wife Cath helped him or not!)

We chose his 3 Daughters Red Ale (an ode to his three red-haired daughters) to add to our packs.  Stu describes this as a cross between an Irish and American Red Ale.  Ireland is the spiritual home of the red ale, with kilned malts giving the beer its red hue.  America’s version is a little hoppier (you may have guessed that), but by no means a red IPA.

The malt is the hero of the beer, all caramel and toffee with enough hop bitterness to balance things out and provide a drying, lingering bite to the finish. 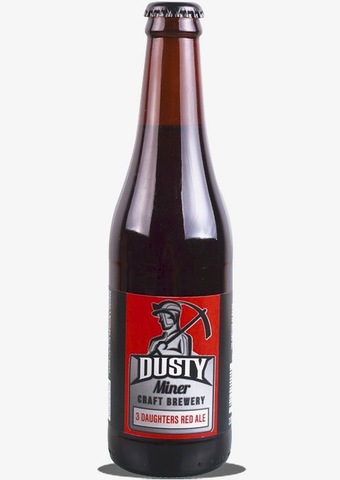