Anyone else missing Belgium?  We certainly are, and while we feel very lucky being in Newcastle given everything that is going on in the world, we can't help but long for our next trip to Belgium.

So we thought it would be a good idea to put a pack of Belgian beers together.  Beers that we've had previously in our beer club packs, but not for many years in most cases.  They are beers that aren't that hard to find in Belgium, you'd likely see these beers on beer menus in many bars throughout the country.

But they are beers that bring back memories - summer afternoons sitting by one of Bruges' many canals, a first trip to a Belgian brewery, or relaxing in a town square being able to order grat beer while sampling the Belgian waffles drizzled in chocolate.

So how's this for a nostalgic list of beers:

Delirium Noel 10.0% (330ml) - its not a Christmas pack without a Belgian Christmas beer

PLEASE NOTE: ALL OF THESE BEERS ARE ON OUR LATEST CONTAINER WHICH IS VERY LATE - ITS STILL NOT EVEN INTO PORT YET!

AT THIS TIME, WE ARE EXPECTING THE CONTAINER TO ARRIVE INTO PORT THIS WEEKEND (13TH DEC), AND IF OUR CONTAINER IS NOT HELD UP AT THE PORT WE WILL RECEIVE IT LATE NEXT WEEK.

AS SUCH WE VERY MUCH DOUBT THIS PACK WOULD BE DELIVERED BEFORE CHRISTMAS, WITH THE EXCEPTION OF OUR LOCAL NEWCASTLE/HUNTER VALLEY CUSTOMERS.  WE CAN DELIVER THE LOCAL ORDERS OURSELVES JUST BEFORE CHRISTMAS PROVIDED THE BEERS ARRIVE IN TIME, BUT ALL OTHER ORDERS ARE SENT WITH FASTWAY AND SUBJECT TO THE USUAL FESTIVE SEASON DELAYS UNFORTUNATELY. 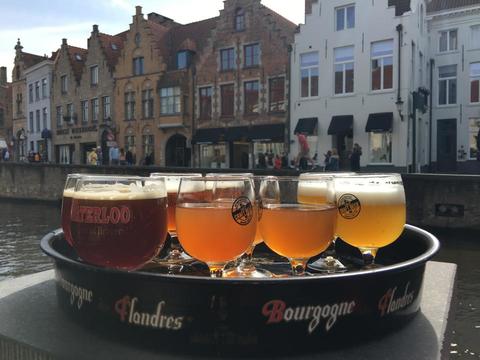 Alvinne's new VACCIN series, plus a special version of Phi