Brouwerij Vleesmeester is a new brewery to our packs, and we’ll start with their first commercial beer.  Hooghied translates as ‘Highness’ which is actually a reference to an Antwerp metal band.  But that’s another story.

As they so often are, the story of this new brewery begins with three mates who decided to start making beer.  Of course the process began in one of their kitchens, which gave rise to the brewery name.  Sharing their homemade creations with their friends, the taste testers weren’t entirely sure of the beers provenance, and thought the time spent in the kitchen had more to do with the meaty snacks.  So they were jokingly called the ‘meat masters’, with the name just sticking.

One thing the friends had in common was their affinity for hops, preferring a higher level of hop bitterness in their beers.  And this trait has also remained, with the brewery known for making hoppier-than-normal versions of beer styles.

Our ‘Highness’ is a strong golden ale (think Duvel as a style leader), and has a relatively sweet malt body up front, with notes of tropical fruits like peach and lychee.  But that bitterness is present as well, that gives the beer a lift on the tongue and provides a long earthy and slightly spicy bitter aftertaste. 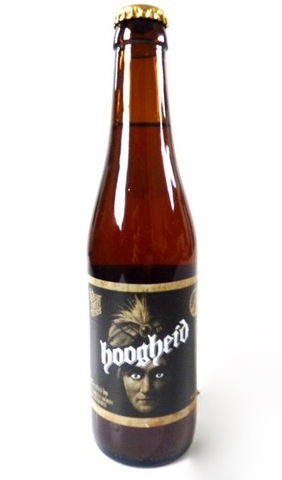