I first encountered this beer nearly 20 years ago when it was produced by the St Bernardus Brewery.  It was a really interesting beer for a few reasons, the first of which was that it didn’t really strike me as very Belgian (except for the yeast).  It’s very hard to classify as it is quite a unique beer.

The name translates as ‘cave beer’, apt given the beer spends two months ‘lagering’ in the cold temperatures (constant 11 degrees) of the marlstone caves of Velkenburg and Kanne which are actually in The Netherlands in the southern strip that runs between Belgium’s eastern border and Germany.

The beer was the creation of the late Pierre Celis (famous for re-establishing the Belgian Witbier style with Hoegaarden), who wanted to see the effect constant cold temperatures had on a beer.  He sold the rights to the beer in 2002 to St Bernardus, who produced it until 2014.

Now the beer is produced by Brewery De Kazematten from Ypres in West Flanders. They still use the same recipe and age the beer in the same caves.

It’s a brown ale brewed with spices.  Lots of Belgian yeast aroma with darker malts and that spicing.  It is very dry with good carbonation that lifts the beer on the palate, and finishes with a lovely spicy, tingly bitterness. 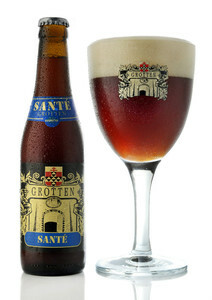